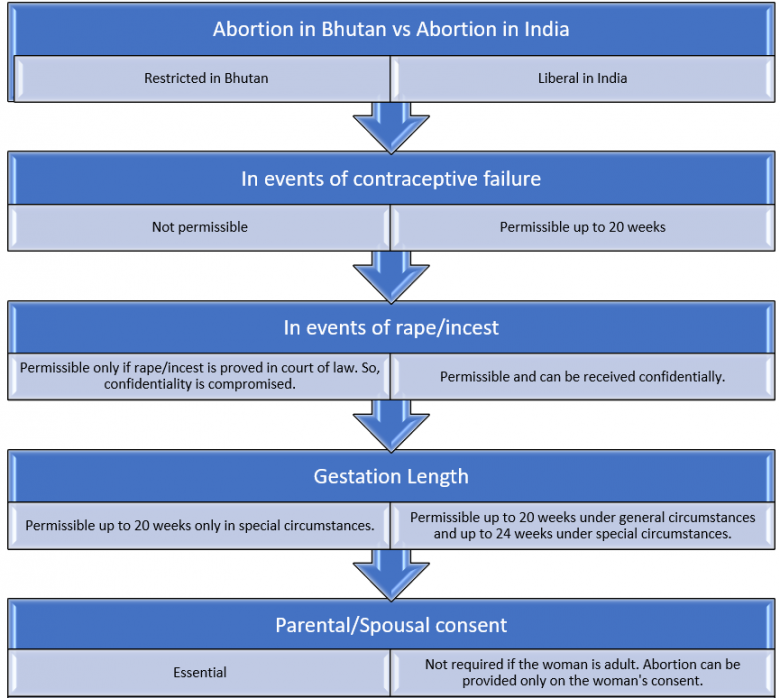 Bhutan, a landlocked country in the Eastern Himalayas is a small country that shares international borders with India and the People’s Republic of China.

Though Bhutan is a very less populated country, yet it contributes greatly in the ratio of maternal deaths due to unsafe abortion complications amongst South Asian countries. Abortion in Thimphu, the capital city of Bhutan have been found to see maximum abortions every year followed by abortion in Sarpang and Chukha.

Though abortion in Bhutan is legal under some circumstances, yet access to safe abortions is still a challenge for Bhutanese women. And hence they often cross borders of the neighbouring countries to seek abortions when they are unable to terminate an unplanned pregnancy.

Are you too living in Bhutan and planning to cross the border for an abortion?

Are you considering visiting India for a safe abortion?

If yes, it is best to know your safe, legal and confidential abortion options in India for foreign women.