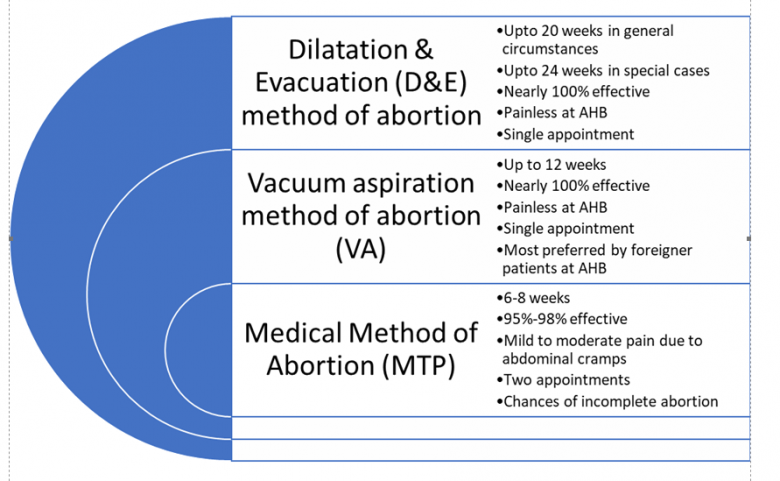 How can Filipinas get a safe, legal and confidential abortion?

Each country has its rule book, unique sets of laws governing its citizens even in similar matters. Rules may differ but women face some common issues in most parts of the world.

However, what brings difference is how these issues are addressed in different countries.

One of the biggest and the most challenging situation in any woman’s life is a choice and freedom she has to exercise her reproductive rights.

Unintended and unwanted pregnancies are very common due to unmet contraception needs and inadequate knowledge about the same in many Asian nations, one of them being The Philippines.

The Philippines is a small island country, but its native people, Filipinas live in various countries like the UAE, Dubai and more, as Filipino ex-pats.

Sadly, abortion laws in The Philippines are not very progressive and abortion there is treated as an offensive act. After many incidences of unsafe abortions and their complications leading to a high rate of maternal mortality, abortion was made legal but only in circumstances to save a woman’s life, which even today in most cases go unnoticed and unattended.

Abortion in the Philippines: Why Filipino women resort to unsafe abortions?

Several reasons go into making a Filipino woman think and the go-ahead for an unsafe method of abortion. Some of these are briefly discussed below:

The Philippines falls in the Category-II of World abortion laws where abortion is legal only when performed to save the woman’s life. However, the Supreme court there is yet to adjudicate even this justifying consequence.

Though most women never choose to get pregnant under these circumstances, they may be the victims but they are penalized as criminals.

Due to these reasons and others, women often resort to unsafe methods of abortion without realizing its consequences. While trying to get rid of unwanted pregnancy through unsafe methods, they often fall in for the complications, some of them with irreversible damages.

But this is not how it should end and just like any other woman, Filipinas too have better options. And that’s what we have come up with here to educate Filipinas or Filipino ex-pats living in other countries where again, access to safe abortion is either impossible or too difficult to obtain.

I am a Filipino carrying an unintended pregnancy. Is unsafe abortion my only option?

This is a message for all women seeking abortion and before we head further, let’s have some deep questions answered.

Do you want to proceed with this pregnancy?

If not, abortion can be a safe, legal and confidential option. There can be many reasons like a contraceptive failure, pregnancy being a result of incest or rape or even marital rape. You may not be willing to bear a child due to socio-economic conditions. Or your family must be complete and you may not be wanting another child. And more and more…

If you too are seeking your best option, abortion in your native country is not the one that can be obtained. Even if you are a Filipino ex-pat living in countries like Dubai, Sharjah, UAE or some other middle-East countries, again you do not have an abortion as an open option there. Then what?

The best option is to travel to a country with liberal abortion laws, not only for its citizens but also for foreigners. Yes, heard of medical tourism? A legal, safe and confidential abortion can just be availed through this facility available worldwide. But you cannot travel anywhere blindly. After all, it’s your life, you have choices, you have preferences and you have your limitations.

It’s best to do credible research before making any choice.

Travelling to Bangalore, India by Filipinos and Filipino ex-pats for safe abortions:

Being the closest neighbouring nation with the most liberal abortion laws equipped with world-class facilities, latest technologies and equipment makes Bangalore, India the choicest medical destination.

Abortion laws: In India, women have many rules that empower them and one such law is abortion law. Though abortion laws were never the same, over the years, realizing the need for gender equality and empowering women to make their choices, the system got liberal and here abortion is your option if for multiple reasons, such as:

Safe abortions: Furthermore, unsafe abortions had been the major cause of maternal mortalities and co-morbidities. Addressing this major concern, abortion in India is governed by guidelines from the World Health Organization (WHO).

This helped India to get furnished with the best abortion practices where abortion can be done only by registered medical practitioners for the same and also only at the registered Medical Termination of Pregnancy (MTP) centres. Specified laws are governing abortions with insight that each abortion is a safe abortion.

As per the guidelines and recommendations of the WHO, there are three approved methods of terminating an ongoing pregnancy safely. These are described below along with their concerns and fears:

The relevance of gestation age in abortion is that it is the main deciding factor for the preferred method of abortion.

The medical method is prescribed only for early pregnancies, i.e., up to 6-8 weeks where the embryo size is small enough to be able to expel completely from the uterus. However, this method is only 95% – 98% effective since there can be chances of incomplete abortion, meaning products of gestation remaining stuck in the uterine cavity.

Medical means through medicine. It means that medicines are used to terminate the unintended pregnancy. The medicines approved for MTP are Mifepristone and Misoprostol.

These are the two abortion drugs but work only if the pregnancy is intrauterine. Yes, that’s a big concern and many complications of unsafe abortions are due to self-administration of abortion pills, without ruling out the possibility of an ectopic pregnancy.

To understand the difference and the importance of a prenatal scan before opting for any method of abortion, here is a briefing.

When a woman’s ovary releases an egg (which happens once per menstrual cycle), it can get fertilized until it stays there (nearly 24 hours). This egg after being released awaits to be fertilized in the fallopian tube that connects it to the uterus.

If abortion pills are taken up by a patient with an ectopic pregnancy, the abortion will not take place. We will come to why won’t it work. Keep reading further. But before that, let us learn the consequences.

The embryo will keep growing and the tube being narrow will burst and lead to internal bleeding or haemorrhage needing immediate medical attention. The condition if left unattended or gets delayed can even be fatal.

Even with immediate medical attention, through laparoscopic surgery, that part of the tube and the ovary have to be removed leading to lost partial fertility. Whereas, if it was diagnosed through an ultrasound or a transvaginal scan in the earlier stage just when a UPT gave a positive pregnancy test, the condition could have been prevented. This is because, in the early stage, even ectopic pregnancies can be treated medically, i.e., through medicines.

This makes it clear, why you should opt for MTP only if it is the prescribed method for your case-specific.

Coming to why intrauterine abortion pills won’t work on ectopic pregnancy. The pill Mifepristone is an anti-progestin that blocks the secretion of progesterone.

Progesterone is required to sustain any pregnancy. When its secretion is stopped, the growing embryo also stops further growth.

The second pill, Misoprostol has uterine contracting properties. It contracts the uterus to expel the gestation products with the embryo normally through the vaginal route just like a regular menstrual period.

Now, in the case of an ectopic pregnancy, the embryo is not in the uterus and uterine contractions will not expel it. And that’s why abortion pills won’t work leading to a complicated case.

This method can be prescribed for pregnancies that have not headed beyond 12 weeks as the size of the embryo is in the range to be gently sucked out completely to make the abortion complete. Beyond this period, using this method may leave traces of gestation which is commonly referred to as an incomplete abortion.

Foreign patients for abortion in India typically prefer this method of abortion since it is nearly 100% efficient. Even when they have the abortion option through medical method open, yet they prefer this safe and secure method that gives them the confidence of returning to their country with a completed abortion.

In this method, the fetus, products of gestation and uterine lining are gently scraped off using sterilized tools. This procedure is also small but may last up to half an hour (30 minutes). It is also a safe and efficient method that gives the confidence of a complete abortion. This method may also be prescribed to complete the abortions which left incomplete either through medical method or through vacuum aspiration.

Bangalore is the capital city of the third-largest state of India, Karnataka. Due to many signs of progress, industrialization, development, great connectivity, Bangalore as a city is very much developed.

Where there is development, people are educated and aware. Both awareness and education help make Bangalore one of the best medical destinations not only for Indian citizens but even for foreigners.

Development along with it brought more advancements both in technology and techniques besides getting the best-learned physicians and other healthcare providers.

American Hospital Bangalore (AHB) is located in the heart of the city. Here’s what makes it the best hospital for safe, legal and confidential abortion:

This may be your first time, but many women like you have successfully obtained Gentle Care abortion at American Hospital Bangalore for years. AHB believes that every woman has a right to access comprehensive abortion care for her safety and also for the ones who care.

All your issues will be safely addressed and you can also schedule an appointment. 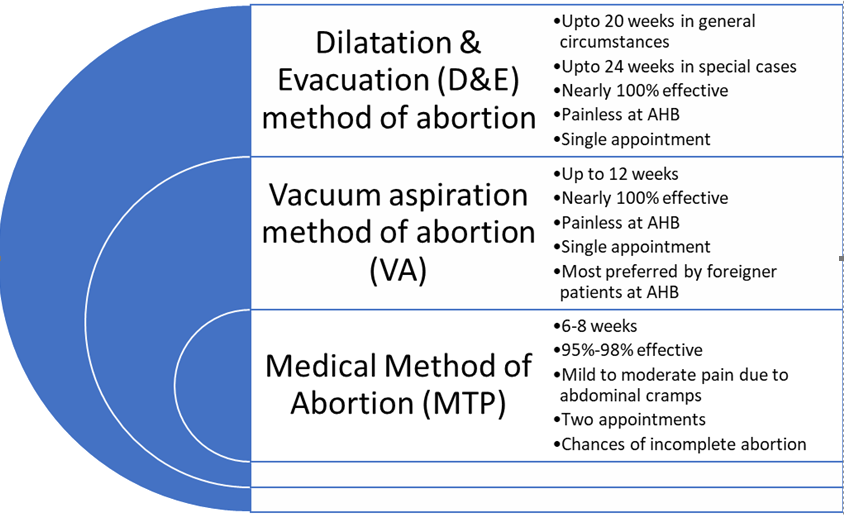